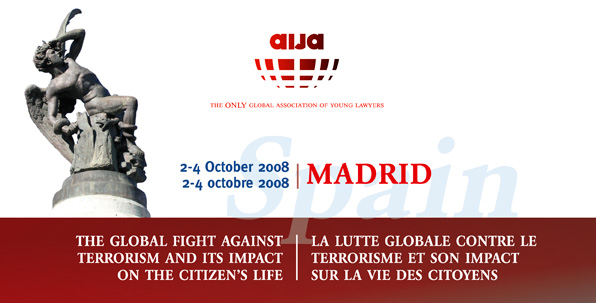 Please note that the preferential rate is available until September 20th, 2008! Faced with the live images of September 11, each of us instantly knew that the world would dramatically change with respect to the issue of terrorism. On 11 March 2004, Madrid was in its turn the object of appalling terrorist attacks that claimed the life of many innocent victims. In July 2005, four explosions ripped across central London; they were also the result of ruthless acts of terror. These events and others have led to increasing legislation and regulation throughout the world. Whilst their primary object – the fight against terrorism – must be welcomed and greeted, they do not remain without side effects. Indeed, citizen lambda may have noticed that his/her everyday life encountered significant changes due to the implementation of new laws against terrorism. The purpose of this seminar is to address these challenges under various angles such as data protection issues, renditions issues, the financing of terrorism, the implications of Internet and the skills that a lawyer should master to navigate in waters that can sometime prove troubled. Among the prominent speakers who accepted to attend the seminar is the well-known Mr Javier Gomez Bermudez, President of the Court before which the 28 accused of the Madrid attacks were tried. Being Madrid regrettably famous for the terrorist attack, it is certainly also worldwide known for its hospitality, excellent gastronomy and night life. Our attractive social programme is thought to enable the to the fullest!