E-voting is an electronic system that allows members to log in to a secure voting platform and cast their votes electronically within their web or mobile browsers from any location.

AIJA adopted e-voting in 2018, with the aim to increase accessibility to its internal democratic processes and facilitate new forms of direct participation for its members.

Members will first vote for the First Vice-President. This year, there are two candidates, François Barré (co-chair, National Representatives Committee) and David Diris (co-chair, Officers of the Commissions Committee). The e-voting process is as follows:

The debate between the two candidates will be streamed online on Thursday, 5 September, from 12:00 to 13:00 CET.

Members will also vote for a new treasurer, partial renewal of the Executive Committee, and any Resolutions proposed to the General Assembly on Saturday, 7 September. They will again log in to the electronic voting platform, but using a different link. Vote opens at 11:00 CET and closes the same day at 11:30 CET.

If members are unable to vote electronically, they can still assign a proxy to a fellow Member who can vote on their behalf. Members are invited to visit their member dashboard MyAIJA for more information.

On the occasion of the L5 Meeting, convened in Barcelona, Spain, on June 3, 2019, the undersigned organisations express their deepest concerns about the sentencing and continuing arbitrary detention of several Iranian lawyers, including prominent Iranian and award-winning human rights lawyer Nasrin Sotoudeh.

Attacks on lawyers have intensified in Iran in recent years. Lawyers are facing judicial harassment as a consequence of their legitimate professional activity.

The most emblematic case is that of Nasrin Sotoudeh who was recently sentenced to a shocking conviction of 38 years in prison and 148 lashes for national-security related offences [stemming from seven charges, including “assembly and collusion against national security”; “spreading propaganda against the State”; and “appearing at the judiciary without the Islamic hijab.”].

Ms Sotoudeh is known worldwide for her unwavering commitment to the defence of human rights, her opposition to the death penalty, and her courageous advocacy for the independence of the legal profession and the judiciary system. As a result of her tireless work as a human rights lawyer, Ms Sotoudeh and her family have been repeatedly targeted by Iranian authorities, and
subject to harassment, intimidation, imprisonment, as well as a ban on practising law, her profession. Prior to her last arrest in June 2018, she devoted herself to the defence of young Iranian women who have been arrested and prosecuted for peacefully protesting against the compulsory veiling in Iran.

Other human rights Iranian lawyers are being targeted. Earlier this month, Amirsalar Davoudi, a well-known lawyer representing human rights activists and other individuals detained for their social and political activities, was sentenced to 30 years in prison and 111 lashes for “collaborating with an enemy of the state through interviews,” “propaganda against the state,” “insulting officials", and “forming a group to overthrow the state.” Lawyer Mohammad Najafi, was recently sentenced to a total of 17 years in prison and 74 lashes in three separate cases for the charges of “disturbing the state” and “publishing falsehoods.” Other lawyers have been arrested or have faced prosecution such as Arash Keykhosravi, Ghassem Sholeh-Sa’di, Farokh Forouzan, Mostafa Daneshjoo, Mostafa Tork Hamadani, Payam Derafshan and Zeynab Taheri. Furthermore, even though his case is less recent, lawyer Abdolfattah Soltani should not be forgotten. He was conditionally released on November 21, 2018 after serving more than seven years in prison in Tehran. Abdolfattah Soltani is one of the co-founders of the Centre for Human Rights Defenders and has devoted most of his career to defending political prisoners.

The undersigned organisations strongly condemn the detention of Nasrin Sotoudeh and other Iranian lawyers, as well as the charges brought against them, as the charges appear to be solely related to their legitimate work as lawyers, and aimed at curtailing their peaceful human rights activities.

We respectfully urge the relevant Iranian authorities to immediately take any and all appropriate steps to annul the convictions and sentences against arbitrarily detained lawyers, including Nasrin Sotoudeh; to ensure their immediate and unconditional release; and to put an end to all forms of harassment, including at the judicial level, against lawyers in Iran.

The statement is available for download in English, French and Spanish. 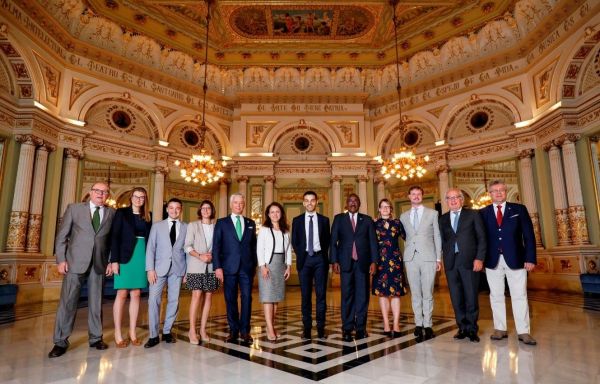