5 #legalvalentines poems from lawyers with love

Thanks to the #legalvalentines hashtag, lawyers all around the world are taking over Twitter in honour of St Valentine’s Day.

We assure you that this will brighten your day! Here’s our morning selection:

But it’s not in your best interests

To give them to you.

I'm finally rid of you

Our relationship was short

Give me half the house

Or I'll see you in Court

With violet then yellow

For points yet unforeseen... 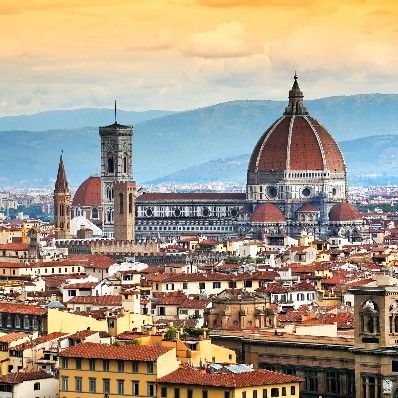 Are You the Best International Future Lawyer in the Galaxy?

It’s the ‘Best International Future Lawyer Award’ time of year again (let’s call it BIFLA for short). And the topic this year is out of this world. Literally. Membership Forum co-chair François Barre explains: “The topic chosen this year is: The moon is now colonised, you are in charge of its legislation. How do you handle it? In this context, would civil and common law systems be merged? If not, which one would prevail?”

How on Earth did they come up with that topic? “The theme for the Brussel’s yearly conference is related to the possible end of the globalisation dream”, says François. “Which is, all in all, an earth related question… yet space programmes are expecting to colonise other planets by the end of 2025. Our question thus is: how can we deal with our dreams of expansions outside of earth if we are not able to think globally on our own planet?”

Ok, sounds like fun. So how can young lawyers enter BIFLA, and what do they win? Any law students aged 45 and under who are still enrolled at any university, can apply. They don’t even have to be a current AIJA member – they just need to send an essay on the set topic by 15 May (for full T&Cs, see the dedicated website). The winner gets free AIJA Membership until 2021, their name and winning essay publicised across the galaxy – i.e. AIJA’s website, social media and various communication channels – plus free travel and accommodation to the 2018 International Young Lawyers’ Congress in Brussels, Belgium.

“Once in Brussels, the winner will meet future colleagues, potential employers, and new friends”, enthuses Membership Forum co-chair Anita Gerdin. “The winner will arrive with an established reputation before he or she starts the first roundtable of speed dating, basically the best way to start at AIJA!”

“Young future lawyers have to embrace their youth and knowledge to challenge us and make us rethink constantly our profession and the issues at stake”, says another Membership Forum co-chair Justus Jansen, adding: “Contestants should know that a similar project had been implemented in the 1970’s… This could be a good starting point for them to understand the issues raised at the time and see how to learn from past experience. They have to be thorough and realistic – with great powers come great responsibilities.” 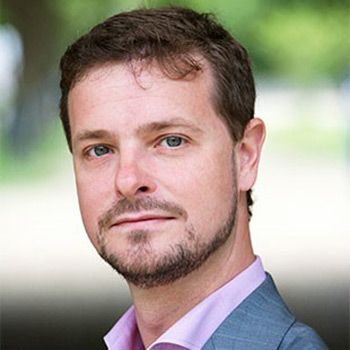 AIJA is calling on all future lawyers with an interest in international law to compete for the Best International Future Lawyer Award 2018. The competition aims to celebrate the brightest and the best young minds preparing for a career in the legal industry.

All law students aged 45 and under who are still enrolled at any university worldwide at the time their paper is submitted, are eligible to enter the competition.

Interested participants can submit a written essay on the topic "The moon is now colonised, you are in charge of its legislation. How do you handle it? In this context, would civil and common law systems be merged, if not, which one would prevail?".
Essays should be submitted by 15 May 2018 (in English).

The winner will be awarded during the 56th International Young Lawyers' Congress taking place from 28 August to 1 September 2018, in Brussels, Belgium.

He/she will benefit from the following:

To enter the competition, please visit the dedicated website: http://awards.aija.org. 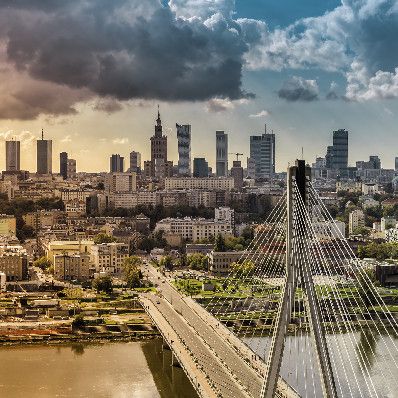 The AIJA Half-Year Conference in Warsaw held on 23rd to 26th May coincides with the Warsaw Arbitration and Mediation Days organised by ICC Poland and arbitration institutions including the Arbitration Court at the Polish Chamber of Commerce. So never ones to miss out on a good networking opportunity, AIJA has decided to invite them for a joint welcome reception where members can get the chance to mingle alongside influential members of the arbitration and mediation community.

Then there’s the scientific seminar. Anna Wyrzykowska, from the organising committee, fills us in: “The theme ‘Corporate governance – current trends and developments’ – was selected by the M&A Corporate Commission because for a long time we have not had an event focusing particularly on corporate law.” This will be of particular interest to lawyers who work for large international firms, and anyone interested in hearing from external speakers from large corporations. “Therefore we will have an occasion not only to discuss the topic among AIJA members but also share views and opinions with general counsels and in-house lawyers”, says Anna.

There will also be a seminar from the Skills, Career, Innovation, Leadership and Learning (SCILL) Commission on how to successfully develop client-attorney relationships, as well as sessions devoted to the lawyers’ marketing skills (so called ‘beauty contests’). The scientific part is not only limited to the seminars. During the Conference the meeting of all 18 AIJA commissions will take place, including the Human Rights Commission meeting with keynote speakers including the Dean of Warsaw Advocate’s Bar.

So that’s the serious bit done. What about the fun? “The social program will allow the participants to experience Warsaw’s highlights but also to continue to network in a pleasant and relaxing atmosphere for which AIJA is known for.

Thursday’s Opening Dinner will take place at the National Opera Theatre on 24th May and the Gala Dinner on Saturday 26th May will be held at the beautiful Warsaw Royal Castle. On Friday evening the guests of the Congress will be invited in small groups to the local lawyers’ homes for AIJA’s increasingly popular ‘Home Hospitality’ evenings.

“I cannot tell which part excites me most”, says Anna, evasively. “All Polish members of the Organising Committee of this event are excited that our colleagues from AIJA will visit our hometown which is why we will try to make sure that this event will be a very memorable one!”

Join us in Warsaw from 23 to 26 May for an exceptional conference with two parallel seminars to choose from. For more information and to register: https://www.aija.org/en/event-detail/378