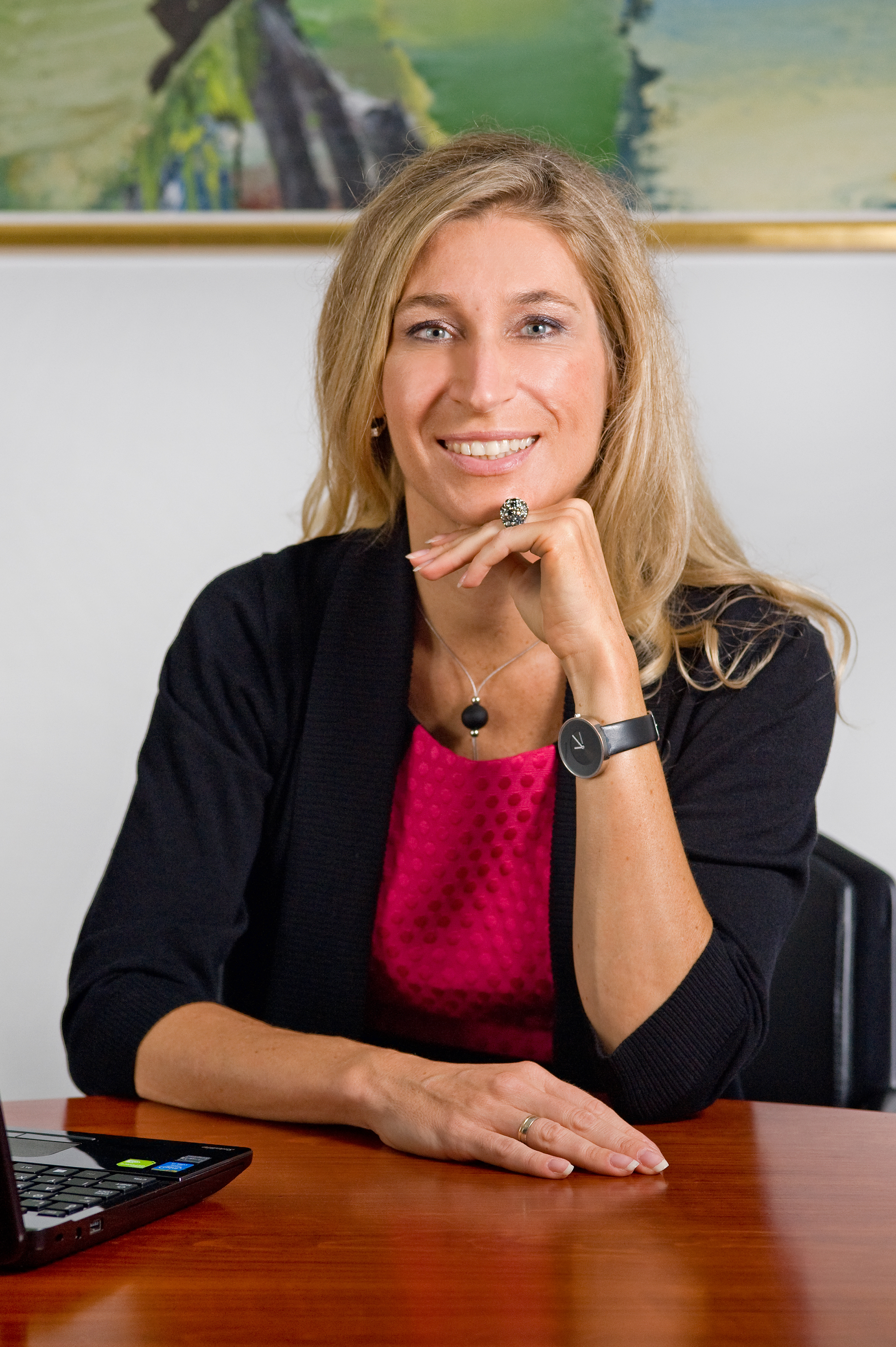 It was only a month ago that I took over the presidency of AIJA in London, at the very successful annual congress where more than 700 delegates from over 60 countries participated, and this month has already been packed with internal work and outside representation.

I had the honor and pleasure to be in Dresden, Germany at the 20th anniversary of the DAV Junge Anwaltschaft (Young section of the German Lawyers' Association), as well as at the very prestigious Opening of the Legal Year in London, where I was among high profile bar association leaders with whom I participated at a round table discussion about the independence of the legal profession. I was very excited and delighted to open the very successful AIJA double seminars in Frankfurt, which took place exactly during the 25th anniversary celebrations of the reunification of Germany, and to be in Vienna representing AIJA at the annual congress of IBA. Not to mention the recent M&A Academy Seminar held in Madrid with the precious support of the Madrid Bar Association. While I was at the Opening of the Legal Year in London, Past President Alessandra Tarissi and Italian National Representative Giuseppe Cristiano represented AIJA in Milano at the conference which the Milan Bar organized around the topic of "Food Security under siege? Feeding a planet hungry for food and energy" and they also signed the Manifesto of the Legal Profession relating thereto.

While attending these "external" events, I noticed that the voice of the 'young ones' is taken seriously and that AIJA is well respected in the international legal scene, and I was also very satisfied to see that we can indeed contribute with very valid points from a fresh perspective to the discussions of the leaders of our profession. I would like to encourage you all, if you are interested in professional advocacy and in issues related to the independent exercise of the legal profession, to please contact me or the Human Rights Committee. We can have a great impact on shaping our future if we speak up!

I also encourage you to join our events, which will benefit you in many ways. It is challenging for the young generation after the economic crisis, and it is essential to obtain new skills and adapt ourselves to an ever changing legal and business environment. Clients search for the best lawyers, who are also business-minded, speak foreign languages and who are well-connected to foreign lawyers too. AIJA's social and scientific programs provide a unique platform for networking, learning and sharing and obtaining the requisite skills. We just need to spread the word, so that more young lawyers can get involved.

I wish you all a beautiful autumn and look forward to seeing you in Istanbul at the November Conference and other AIJA seminars!

This is a great honor for me to address you as the incoming president of AIJA.

To represent our association is a great challenge and responsibility (especially after having experienced 14 excellent presidents since I joined AIJA) but it is truly an honor, a pleasure and a unique opportunity as well for which I am very grateful.

Let me tell you one little story that show 3 aspects of my approach towards the upcoming year.

Last year Dirk mentioned a "brick" with the words: "Be Brief, Be Bright, Be Gone" written on it. Dirk kept referring to the "brick" during our meetings, and I asked him what this was all about and what the other "bricks" were. He sent me a photo:

The bricks turned out to be gigantic lego pieces in four colors: yellow, green, red and - what I thought at that time was - black, with different words on them.

The other 3 bricks said: 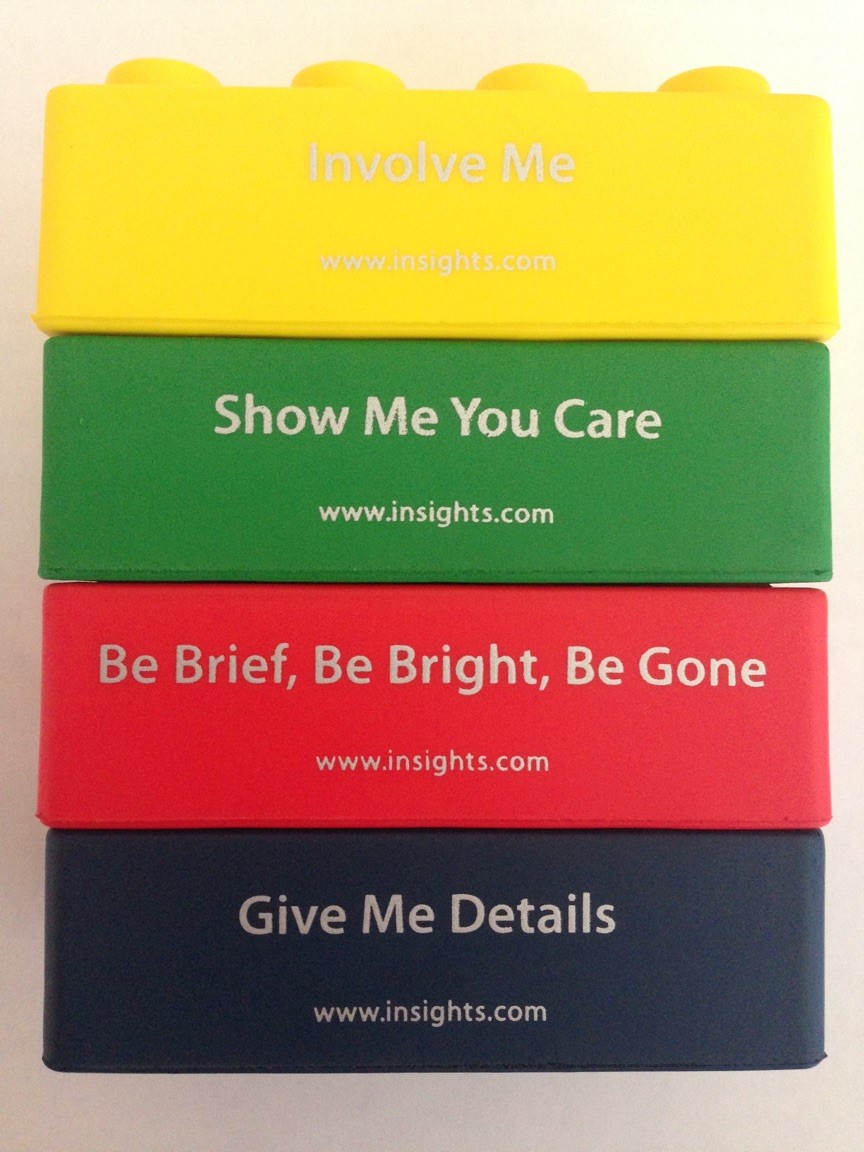 But why am I telling this story? I have 3 reasons.

Red and D stands for Dominance, Yellow and I stand for Influence, Green and S stand for Steadiness/ Support  and finally Blue and C stand for Compliance/Conscientiousness 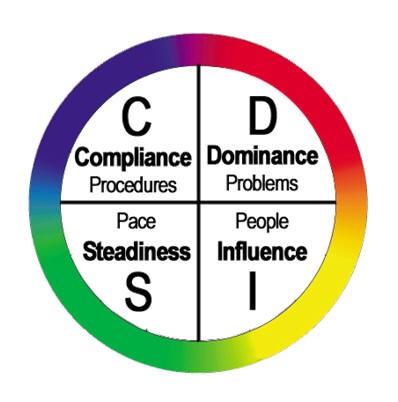 Good teams need all four types, all the diversity, and team-members need to follow the messages of all four Bricks when communicating and working on projects.

AIJA is all about teamwork. Only if you, our enthusiastic members, our excellent and dedicated staff in Brussels, and the dream-team of the Extended Bureau, continue to be actively involved in the work of AIJA, can we have a successful next AIJA year.

The Mediterranean migration situation is something that really matters and we need to talk about this. I recall how proudly I talked to you 6 years ago at the Opening Ceremony in the magnificent Hungarian Parliament Building about the opening of the electric fence between Hungary and Austria.  It is really sad that 26 years after demolishing the Wall, we are now the ones building another fence on the other side of our country.

AIJA and the Human Rights Committee may not involve itself in issues of a political nature, but we will continue to intervene on behalf of young lawyers if their own rights to a fair trial or to carry out their profession are in jeopardy.

AIJA is going to Istanbul in November for the Half Year Conference. Turkey is the country with the biggest number of refugees in the world. 1.8 million! By going to Istanbul, we can "show that we care".

AIJA is an incredible organization. I truly believe that we contribute to making the world a better place through the friendships and connections built here among different cultures and nations.

The current instability of the global climate makes it our duty to maintain international avenues of communication. Today's young lawyers are part of tomorrow's leaders, and they also play a vital role in spreading the ethical legal and business culture.

Which leads me back to our duty, as human beings, and even more so as lawyers, to talk about things that matter and to speak up if we see something which is not in compliance with the basic principles of human rights.

After having shared the main aspects of my approach let me briefly follow up on my work plan:

In line with the goals of the new Strategic Plan and AIJA's missions, my work plan will focus on (one) enhancing AIJA's global visibility and impact and (two) organizing high quality events around the globe.

With seminars coming up on 4 continents (and just to name the destinations furthest from Brussels: We are talking about the Istanbul Half Year Conference, Cape Town in February, Lima in March, Hong Kong in April and the Chicago Half Year Conference in May) you can see that AIJA truly goes global this year, and the year will end in München at our next annual congress.

Finally, I would like to thank my immediate predecessor Dirk, for his excellent leadership and for his very helpful advice. I am also thankful to Anita for her invaluable friendship and support.

I would also like to thank all the other members of the Bureau and Extended Bureau and the Brussels staff that helps to keep AIJA running behind the scenes, and to thank you, active AIJA members, for your enthusiasm and hard work.

While saying goodbye to Philippe and Anita, I would also like to warmly welcome David and Emiliano on to the Bureau, as well as the new members of the Extended Bureau.

As you can see, the coming year will be busy, and we have tremendous opportunities and challenges in front of us, but with team work, and keeping in mind the messages of the bricks, I am confident that we will continue to grow and have success. I look forward to working with you all!

Thank you for your attention.

AIJA Members: Do you need a Trainee?

After a couple years of fruitful cooperation, AIJA is partnering again with ELSA (European Law Students Association) to cooperate on the STEP Programme.

STEP is a trainee exchange programme that enables law students and young lawyers to gain first hand experience of the substantive and procedural law as well as the culture of another country. The Student Trainee Exchange Programme of ELSA offers your office the opportunity to have highly qualified law students from all over Europe as trainees. The traineeship can vary from 2 weeks to 24 months and can take place in any law related area. Participation in STEP is a very simple and effective way of attracting young, internationally minded lawyers from 43 European countries. Having a STEP trainee working in your company is an opportunity for innovation and growth, and a diverse working environment.

AIJA members who have tried it say

“Here at our law firm, we responded to a joint initiative of ELSA and AIJA and accepted a STEP trainee from Germany. Throughout their time here, our colleague helped tremendously with international cases and contributed a great deal of knowledge of more advanced German language amongst our team.” Stepan Holub, Holubová advokáti s.r.o. (Czech Republic)

“Our office has a specialized, niche field of expertise: assisting German-speaking clients in Belgium. ELSA STEP is therefore an excellent partner for us, as it brings us in contact with many native German-speaking students from abroad. On the other hand, the students find an interesting opportunity abroad where there is no language handicap. On the contrary, the can immediately ‘STEP’ in. The selection process goes very smooth and fast, and is almost completely arranged by ELSA itself. We just fill in the forms concerning the requirements and after some time we receive detailed CVs of the candidates, leaving us only the (difficult) task to select. No hassle with separate traineeship agreements etc… everything is standard form, so we can concentrate on working together with the students” David Diris, Kocks & Partners (Belgium)

“We are very pleased and satisfied in participating in ELSA Traineeship Programme and we will do it again. It was an interesting experience for the trainee who had the opportunity to work with us for a period of time and leave the life of a law firm, but also for the people of our firm who benefited from networking with an international student”

If you are interested in STEP and would like to know more, simply send an email to AIJA at giuseppe.marletta@aija.org and you will be provided with further details. Please do so before 4th November 2015.

AIJA congratulates Tunisian National Dialogue Quartet for the Nobel Peace Prize 2015. The Tunisian Bar is a member of this coalition: a great way to show how important lawyers are in fragile democracies and delicate political contexts!