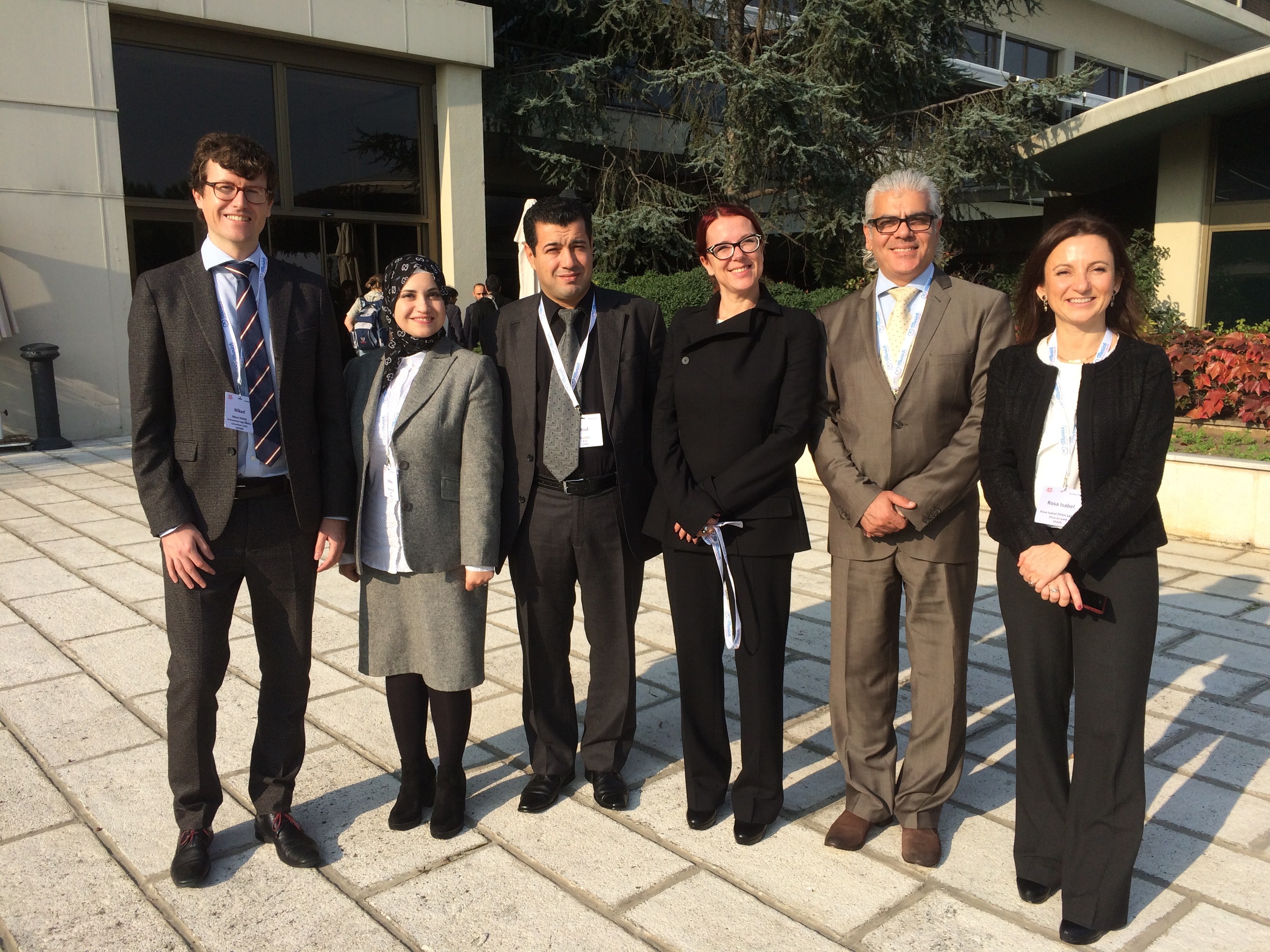 From November 18 until 21, a hundred international lawyers visited the beautiful city of Istanbul and participated in the AIJA Half Year Conference 2015.  The Human Rights Committee of AIJA organised two sessions to discuss how to preserve the rule of law during a conflict and the refugees’ rights and the current situation in Europe.

The first session was jointly organised with the International Legal Assistance Consortium (ILAC). We had the honour to have with us Mr. Mikael Ekman, Legal Adviser and Programme Manager at ILAC in Stockholm and three distinguished Syrian judges from the Free Independent Judicial Council (FIJC).  AIJA is contributing to the ILAC Syria program by providing targeted English courses to defected judges from the FIJC to help building the capacity and independence of Syrian legal civil society in Turkey. AIJA has developed the curricula and, provides funds out of SOS Avocats to pay for teacher and learning materials.

The panel discussion was focused on the current situation of Syria and the access to justice and basic state functions in areas outside regime control.  Mr. Ekman presented ILAC Syria program and its work together with the FIJC to re-establish civil documentation services wherever these have collapsed, mainly to document birth and death and support on other basic needs.  The discussion then moved on to the situation for legal professionals and human rights activists in Syria at large. The judges shared with the participants of the conference their first-hand experience of being ordered by the executive to apply terrorism legislation and death penalty to ordinary protesters at the start of the demonstrations in Syria and how their refusal to do so forced them and many of their colleagues to leave the country into exile. A presentation on the legislative framework for the anti-terror laws in Syria and their consequences for human rights was made by one of the distinguished guest judges.

The second session focussed on the protection of the human rights of refugees and the current situation in Europe. We had the honour to have on stage a number of highly respected NGO’s: Refugee Rights Turkey, The Office of the United Nations High Commissioner for Refugees, The Human Resource Development Foundation, The Association for Solidarity with Asylum Seekers and Migrants, The Small Projects İstanbul and the Durde Platform.  Representatives of these NGOs elaborated on their initiatives to protect the human rights of refugees.

These initiatives covered a broad range of activities:  (i) to safeguard the rights and well-being of refugees, (ii) to provide legal information and assistance services to seek asylum; (iii) to ensure that everyone can exercise the right to seek asylum and find safe refuge in another State, with the option to return home voluntarily, integrate locally or to resettle in a third country; (iv) to develop solutions to the challenges that refugees and asylum seekers encounter in Turkey and to support them in meeting their basic and social needs.

The Refugee Rights Turkey also organises trainings and reference materials for lawyers to strengthen the availability and quality of legal information and representation for persons in need of international protection and works to nurture public ownership and positive attitudes towards asylum seekers.

In the end, both sessions resulted in an extraordinary examination of the current situation in Syria through the eyes of defected Syrian judges and their first-hand testimonials as well as the great work done by the not-for profit organisations to protect the human rights of Syrian refugees.