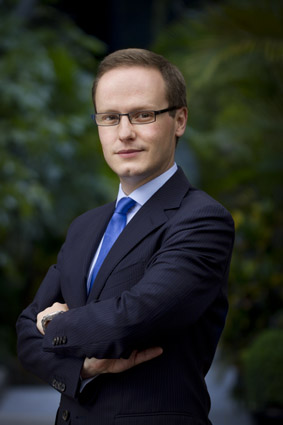 It’s election time again, with members due to elect their next First Vice-President during the upcoming International Young Lawyers’ Congress held in Munich on 23-27 August 2016. The First Vice-President is a member of the Bureau, the management body of AIJA, and automatically becomes President after one year. The two candidates vying for the position – Wiebe de Vries, the national representative for The Netherlands and Giuseppe Cristiano, the national representative for Italy – have been described as “two strong candidates with a clear view on AIJA’s future,” by Me Nicolas Thieltgen, Secretary General of AIJA. Members are urged to attend the elections at the Hilton Munich Park Hotel on Saturday 27 August, to cast their vote. “AIJA is an association of volunteers,” said Thieltgen. “It is therefore important that everyone feels involved if we want the Association to be successful. These elections are a great way to involve our members in the management of our Association. Everyone has a word to say in the AIJA democracy.” At the same time as the First Vice -President election, members will also be able to vote on new executive committee members, as well as on amendments to the organisational statutes, including making possible e-voting during future general assemblies. General assemblies are conducted in accordance with a comprehensive set of rules governing the way it organises elections, which set high standards in terms of democracy, transparency and corporate governance. The Secretary General, together with the Elections Committee (President: Leo van den Hole; Vice-President: Ferenc Ballegeer) monitor the elections process and make sure that these rules are applied. “Organizing elections generally requires the adoption and application of a lot of complex rules, an activity at which lawyers are quite good at,” joked Thieltgen. “But equally we do so in a strict but friendly manner, to preserve the AIJA spirit.” AIJA members are invited to participate in the Vice-Presidential Debate on 25 August, at 2pm at Ballsaal to learn more about the candidates’ visions and projects for the Association. If you have any questions that you would like the moderators to ask the candidates, please send them to nicolas.thieltgen@brucherlaw.lu before Wednesday 24 August, noon. Help build on AIJA’s values and don’t miss this chance to make a sound judgement before you cast your vote for your next First Vice-President!