Open Your Own Law Firm and Let It Grow 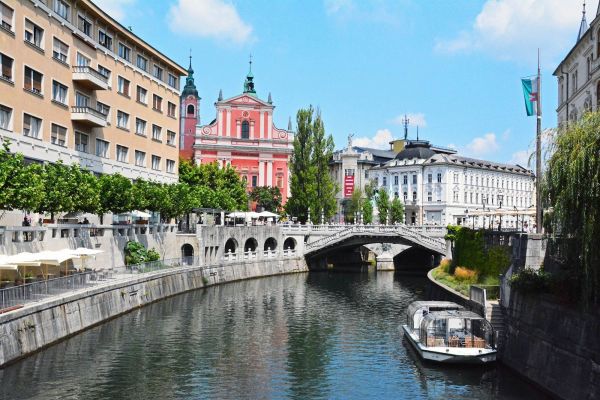 A recent joint seminar in Ljubljana, organised by the Skills, Career, Innovation, Leadership and Learning Commission (SCILL) and the Corporate Council Commission (CC), aimed to attract lawyers who like the idea of opening an independent practice. The location itself also attracted lawyers from Central and Eastern Europe and from ex-Yugoslavia, and purposefully mixed older alumni members with the younger AIJA intake.

“The programme was structured to provide business knowledge – preparing the business strategy, developing the market, etc. – with practical insights and the steps one needs to take”, informs Maks Prokop, Local Organising Committee member.

The inclusion of older Alumni members also proved an unexpected bonus for some of the younger members, says Maks: “the main point of the seminar turned out to be the exchange of views and experiences and the sharing of tips and tricks. It was an interesting panel that, in my opinion, brought something useful to every participant.”

For Agnès Proton, Alumni Member and AIJA Honorary Secretary General, this was the first AIJA seminar she had attended since 2015. “I realised how much I missed the very special atmosphere of the AIJA seminars where a maximum 50 people attend. They are more intimate, so you get to meet and exchange with all attendees”, she says.

Those in attendance were able to share topics of interest, such as when and how to form a partnership, building up a clientele, attracting new potential clients while keeping current clients satisfied, and setting up an efficient network (both local and international). “Regarding networking, as a solo practitioner myself”, says Agnès, “I made the point of demonstrating that ‘solo’ does not mean ‘alone’ and that networking is crucial. From that perspective I, along with other “oldies” who were speakers at this seminar, confirmed that joining AIJA had been the best move we had ever made in our legal careers!”

The mingling between young members and alumni made for a special event, says Agnes. “It really felt like there was no gap between newcomers and older members (like me), and I could see that everyone enjoyed equally the high quality of the scientific and social programs, the beautiful venue, the perfect organisation, and the warm welcoming from the locals.” An optional food tour on the Saturday also proved a big success, she says.

“People visibly enjoyed the programme”, agrees Maks, adding that friendly debates continued even throughout the coffee breaks. The location was a hit too. “People were positively surprised with Ljubljana and its energy – for a majority of attendees, this was their first time in Ljubljana. The atmosphere was great, and the whole group was very connected.”