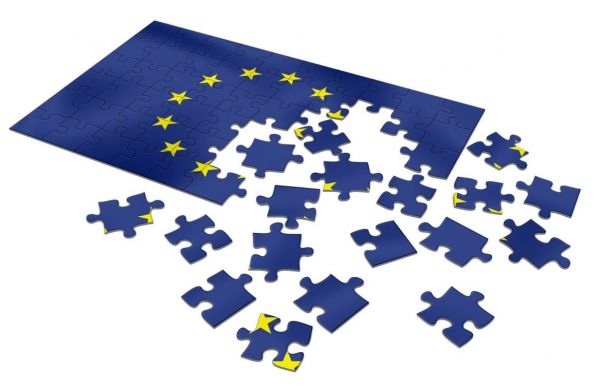 What do you really think about the EU? When AIJA was asked by ERA (Academy of European Law) to give a presentation at their Jubilee Congress about the future of the EU, we decided to ask our members just that. The survey results made for a very interesting presentation and debate.

Respondents to the survey were asked what the primary achievement of the EU has been since its existence. The majority (52%) said long lasting peace in Europe, followed by creating a common market (24%) and open borders between member states (14%). Only 5% felt the single currency was its greatest achievement.

Asked to pick one of five potential future scenarios as the most likely direction for the European Union, the top choice (40%) was Member States forming a closer union, with common policy areas such as defence, internal security or taxation. Current examples of this include the EURO zone and the Schengen zone. The next largest group (23%) believed the EU would simply continue on its current form. While only 12% felt the EU would reduce its remit and “do less more efficiently”.

In recent years critical voices of the EU have been successful in referenda or elections in a number of Member States while pro-European parties have suffered electoral losses. When respondents were asked what could have caused this, the most popular answer (35%) said “a lack of recognition of the benefits of the EU” was the main cause followed by a lack of selling power and leadership by pro-European parties regarding the benefits of the EU (30%). Others believed it was the exaggeration of the burdens of the EU (19%) or non-delivery of the promise of European integration (9%).

While immigration is the number one issue raised by anti-EU parties at the ballot box, only 13% of the respondents cite this as the biggest threat to the EU; rather, they say, it is “Lack of solidarity between Member States” (49%) followed by “its democratic/leaderships image” (19%).

So what will the EU look like in 15 years time? That is, of course, anyone’s guess. And the respondents to the survey are roughly split into two camps. Just under 40% believe the EU will either be broken up into smaller pieces, or will actually cease to exist. While almost 56% believe the EU will be broadly similar to its current form or even stronger. But bearing in mind the ‘Brexit’ referendum was carried with only a 48% to 52% split, then 40% versus 56% is a landslide victory for positivity within AIJA for the EU.