Collaborations and Reflections from the AIJA President 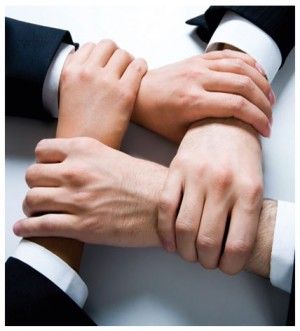 Being an AIJA President requires a large amount of international travel and this means a lot of hard work, insists Wiebe de Vries, AIJA President. “We maintain very warm ties with the most important international legal organisations”, he says. “We do so by attending their annual conferences and other events where we can, and we meet each other on a variety of occasions throughout the year. During all these meetings we try to have some time to talk about our cooperation in terms of joint events, exchange of panellists and presentations to each other’s members on what our organisations do.”

It also gives de Vries a useful yardstick with which to rate AIJA compared to other legal associations. “If you look at the crowd attending our events obviously this is a different crowd compared to the people attending most of the other associations, as our age limit makes sure we have young people in the rooms”, he says. “Not only in the participants but also the speakers and panellists, though very knowledgeable in terms of content, are relatively younger than the speakers at an event of Union Internationale des Avocats, the International Bar Association, the American Bar Association, or the Inter Pacific Bar Association, to name just a few of them.”

But that doesn’t mean AIJA is seen as less of a ‘heavy-hitter’ – far from it. “AIJA over time has grown to be seen as a serious player” by the other organisations, says de Vries. “We provide quality events, we play our role in the international legal scene if you look at our initiatives and cooperation to defend human rights and the rule of law, and we manage to attract members from all over the world making us rise above our image as a Europe only association.”

His experiences of representing AIJA as its President, at events all over the world, serve to remind him that “first and foremost our mission is to provide the best in terms of events to our members”, he says: “Quality in content and training, with reputable speakers.”

Close ties with other associations also give AIJA members a “soft-landing” when they exceed the AIJA age limit too. “With our natural age limit it is essential that we also give our members some guidance on where they should go next”, says de Vries. “We promote the quality of our members and events to those organisations, and they in turn are interested in getting our members on board and getting them in active roles quickly.”