Universal Declaration of Human Rights at 70: no better time to stand up for human rights

Paola Fudakowska, President of AIJA’s Private Clients Commission and Candidate for the role of AIJA’s First Vice-President shares some reflections from the 37th session of the UN Human Rights Council taking place from 26 February to 23 March 2018 in Geneva. 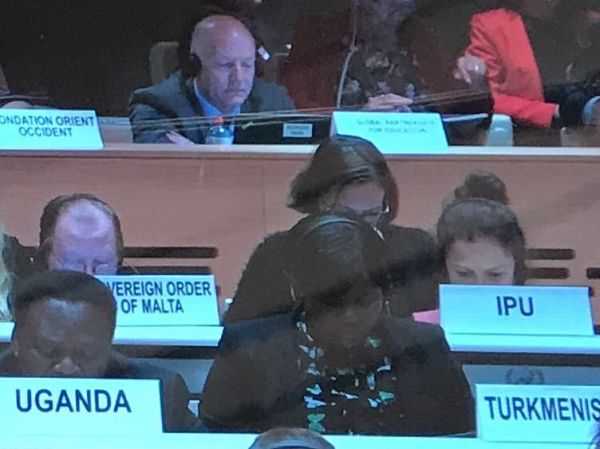 70 years of the Universal Declaration of Human Rights

This year, the Universal Declaration of Human Rights (UDHR) celebrates its 70th anniversary.  So not much older than our association which celebrated its 55th anniversary last summer.

The UDHR is a milestone document in the history of human rights. Drafted by representatives with different legal and cultural backgrounds from all regions of the world, the UDHR was proclaimed by the UN General Assembly in Paris on 10 December 1948. For the first time, it sets out fundamental human rights to be universally protected and it has been translated into over 500 languages.

The text of the UDHR is timeless and continues to be relevant at global, national and regional level. It recognises that all human beings are free and equal and entitled to the rights and freedoms identified in its thirty Articles.  These include the right to life, right to justice, right to freedom of movement and culminate in the right to a social and international order in which the rights and freedom set forth in the UDHR can be fully realised. 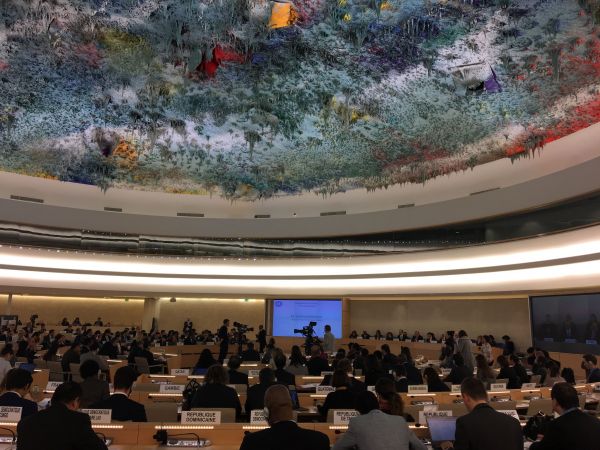 This significant milestone is the common thread running through the discussions of the 37th session of the UN Human Rights Council (HRC), the main UN body responsible for global promotion and protection of human rights.  The HRC meets three times a year in Geneva, over a period of four weeks.  Emergency meetings may be convened at short notice to respond to human crises.

The last emergency session of the HRC took place on 5 December 2017 to address the human rights violations in Myanmar, which have caused over half of the Rohingya population to flee to neighbouring Bangladesh. In his address to the HRC, the High Commissioner for Human Rights raised the controversial question whether, based on the evidence, elements of genocide could be present.  He also acknowledged that this is ultimately a question for a competent court.

Now during its 37th session, the attention of the HRC is being diverted in a number of directions: from addressing the ongoing conflict in Syria to protecting the rights of the child in humanitarian situations; from exploring the rights of persons with disabilities (specifically access to justice) to concrete action to eliminate racial discrimination; from the abolition of the death penalty on the African continent to freedom of religion.

The 37th session of the HRC also allowed some time for reflection upon various human rights achievements over the past 70 years and challenges to come.

The President of the HRC chaired a high-level panel discussion to mark the 70th anniversary. The members of the panel recognised that one of the greatest achievements of the UDHR is that it emerged following a dark period of history during the Second World War, when seemingly impossible consensus by all states was achieved to recognise universal values. The UDHR sowed the seeds of identifying the human rights which required protection. There are now nine human rights treaties, with the corresponding monitoring bodies, giving legal and enforceable rights to groups including children, women and persons with disabilities.  In return, this has given visibility and recognition to these groups in society.

The panel identified challenges for the future to include:

The role of the individual in the UDHR

And what about the role of the individual in upholding the UDHR?

Aung San Suu Kyi once asserted that, "I do protect human rights, and I hope I shall always be looked up as a champion of human rights." On her doorstep sit the Rohingya people in desperate need of a champion to promote and protect their human rights.

70 years young, the UDHR invites every individual to promote respect for the rights and freedoms that it enshrines.  As young lawyers in all corners of the globe, whatever our area of specialism, we can be its champions.