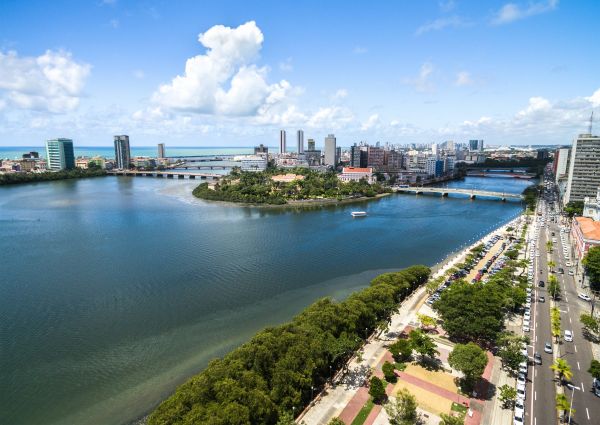 The AIJA Seminar "The Challenges of Compliance and Anti-corruption" took place from 23-24 March in Recife, Brazil. Mariëlle Boezelman, AIJA member and one of the moderators, speaks about the main highlights of the Seminar.

The seminar presented a general overview on current topics related to the anti-corruption legislation and compliance programmes in various jurisdictions worldwide. Brazil was the perfect place to host this seminar, as Brazil has one of the largest ongoing anti-corruption investigations - also known as Operation Carwash.

'Operation Car Wash' - in Portugese 'Operação Lava Jato', is an ongoing criminal investigation carried out by the Federal Police of Brazil and judicially commanded by Judge Sérgio Moro starting 17 March 2014. It is a cross-border investigation with more than one thousand warrants for search and seizure, temporary and preventive detention and coercive measures. In 2016, a breakthrough happened in the case. Odebrecht and Braskem - two Brazil based companies - pleaded guilty in U.S. federal court in Brooklyn to conspiring to violate a U.S. foreign bribery law after an investigation involving political kickbacks at Brazil’s Petrobras unearthed the bribery scheme.

Odebrecht SA and affiliated petrochemical company Braskem SA agreed on a penalty of $3.5 billion, the largest penalty ever in a foreign bribery case. This penalty resolved international charges involving payoffs to Brazil’s state oil company and others. The huge penalty was negotiated as part of a broad settlement with U.S., Brazilian and Swiss authorities. During the Seminar, we even learned that the Brazilian, Swiss and US public prosecutors have an Whatsapp group to keep in close contact to exchange information. As you can imagine, this raised questions about international judicial assistance and whether the legal requirements are met.

The Carwash investigation thus formed an important bases to discuss several topics during the AIJA seminar. We came across interesting differences between jurisdictions and problems. For instance, how is the principle of 'ne bis in idem' safeguarded in such cross-border investigations and how can two Brazilian companies plead guilty in a U.S. Court while a company in Brazil cannot be held criminally liable? These questions show that close contact between lawyers in such cross-border investigations is of vital importance.

The question is how can a legal entity be held criminal liable? A legal entity does not have any hands or feet nor can it act by itself. It always has to be represented by a natural person. But how can acts (or omissions) of individuals (directors, managers, employees) be allocated to a company? Whether the criminal actions of a natural person can be attributed to a legal person depends on whether the company had control over the criminal activity and accepted it.

In our daily practice, we see that the public prosecution office tends to hold legal entities responsible for actions of an employee without assessing whether the acts of the employee can be attributed to the company. Moreover, considering the jurisprudence of the Dutch Supreme Court the legal entity has to act intentionally to commit a crime. All the relevant circumstances have to be taken into account for this. For instance, if an employee committed wrongful acts it has to be taken into account whether the company has given clear instructions to the employee to do its work right. Furthermore there should be a reason for the legal entity to doubt the satisfactory services of the employee. If not a crime of an employee cannot merely be attributed to the legal entity.

This jurisprudence thus shows that internal regulations and compliance procedures are of vital importance to discuss issues about (criminal) liability.

This AIJA seminar showed that cross-border investigations are growing and lawyers have to take into account all the differences between jurisdictions and work closely together to ensure that clients will receive a tailor made solution for every jurisdiction.

This article has been originally published by Mariëlle Boezelman on www.lawlunch.com. Note that it has been slightly adapted.