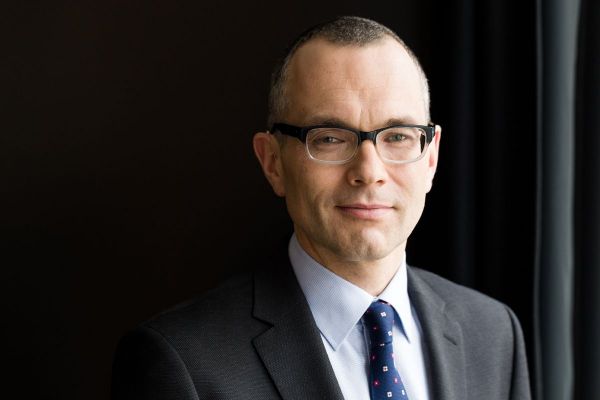 The independence of the judiciary will be one of the topics discussed at the Human Rights Session hosted during the AIJA Half-Year Conference on 24 May, in Warsaw.

To find out more, we interviewed Mikołaj Pietrzak, Advocate, Dean of the District Bar Council in Warsaw, permanent representative of the Polish Bar at the Council of Bars and Law Societies of Europe (CCBE) in the Human Rights Commission and Partner at the law firm Pietrzak Sidor & Partners.

To see the full programme of the Half-Year Conference and register, visit the dedicated event web page.

Q1: What are the challenges to the independence of the judiciary in today’s world? And why is judicial independence important?

A strong constitutionally enshrined tri-division of powers and system of safeguards, checks and balances system should work effectively to protect judicial independence, and as a result, human rights and fundamental freedoms.

Where systemic safeguards allow, politicians throughout the world will attempt to apply political pressure on court decisions using different methods. This may sometimes be merely public criticism by a cabinet minister of a specific judgment or may go so far as passing a law dismissing an entire group of judges and replacing them with political appointees.

This process of undermining the tri-division of powers, the system of checks and balances, and as a result the independence of the judiciary, is occurring to various degrees in many Central and Eastern European states, like Poland, Hungary, Russia, Azerbaijan, Turkey.

This process constitutes a direct threat to domestic systems of protection of human rights. Human rights violations committed by public authorities cannot be effectively questioned or remedied without independent courts and independent judges. Violation of the guarantee of the independence of the courts and judges makes human rights but a meaningless declaration.

Q2: In your view, how can countries increase or preserve the true independence of the judiciary?

This is a serious and broad question and we certainly cannot exhaust the problem in our short conversation. But I think it’s important to draw attention to two issues.

First, we need to concentrate on civic education, in particular on the subject of human rights and law, shaping awareness, understanding and respect for democratic institutions, for the system of checks and balances. Looking back, this is an area in which much more could have been done both in Poland and Hungary.

Secondly, we need to change the language and fashion in which lawyers, especially judges, communicate with citizens. Much can be done to move this language away from a hermetic and technical language to one that is more comprehensible to members of our society. The legal community is naturally insular and closed to communication with the society. In Poland, it took the assassination of the independence of the courts for associations of judges and the judges themselves to open up and become active in the public space. Until now, they maintained a far-reaching restraint, were closed and therefore viewed as being removed from society and aloof. Democracy paid a great price for this closed-mindedness.

Q3: What are the main trends in the judiciary across Europe vs. globally?

As I mentioned, in Europe, which is not at all a uniform judicial organism, there are visible backlashes and questioning of core values, like democracy, rule of law, human rights. We are witnessing an emergence and strengthening of populism, and willingness to consolidate the judicial, legislative, executive power within the hands of the ruling political formations, and especially their leaders. I don’t see that tendency globally among other countries which – like European states - have a tradition of constitutional liberal democracy.

Q4: What is the situation in Poland and how can the country overcome the current assault on the judiciary?

As concerns the common courts, changes in the law on the organisation of courts in Poland were made in July 2017. The Minister of Justice received the power to revoke at any time any president of any court in Poland and appoint a new one without the obligation of consulting the representatives of the judges working in that court. Using this instrument, by February 2018 the Minister of Justice dismissed 130 presidents and vice presidents of the courts and replaced them with handpicked nominees. Needless to say, this created a chilling effect among judges and is a significant limitation of their independence.

In 2017 and 2018, the parliament hastily reformed the Supreme Court and the National Council of the Judiciary (a constitutional body which selects and appoints Judges and is intended to safeguard the independence of the judiciary). One of the most of controversial changes in these laws was the immediate termination of the terms of office for Supreme Court judges. All amendments related to the National Council of the Judiciary were aimed to ensure political control when appointing judges.

If you are interested in finding out more, you can read a statement in English from Iustitia, the largest association of Polish judges, which includes a detailed analysis of the situation in Poland regarding the judiciary. This is a reply to a misleading "white book" issued by the Polish government regarding problems with the judiciary and how the new laws are allegedly intended to solve these problems.