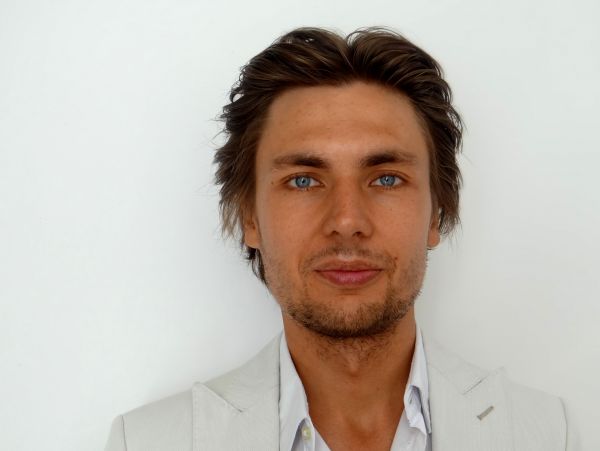 The independence of the judiciary will be one of the topics discussed at the Human Rights Session hosted during the AIJA Half-Year Conference on 24 May, in Warsaw.

To find out more, we continue our series of interviews with Przemysław Tacik, Assistant Professor at the Institute of European Studies, Jagiellonian University in Kraków, and strong promoter of Human Rights in various dedicated projects.

To see the full programme and register, visit the dedicated event web page.

Q1: What are the challenges to the independence of the judiciary in today’s world? And why is judicial independence important?

Judicial independence remains a keystone of liberal democracy. The existence of objective and impartial courts guarantees civil rights and liberties which otherwise may be easily infringed by the executive or the legislative. Moreover, the public recognition and authority of independent courts promote equality, the Rule of Law and legal certainty. Without the independence of the judiciary, (1) rulings in criminal cases turn into a public vendetta, often of a political character; (2) rulings in civil cases will not be respected by the losing party and will be treated with suspicion of corruption or extra-judicial motives; (3) rulings in administrative matters will not be based on equality of arms between the administration and the citizen.

The independence of the judiciary is enshrined in most national constitutions and in human rights protection acts of international law: Art. 10 Universal Declaration of Human Rights, Art. 14 (1) International Covenant on Civil and Political Rights and Art. 6 (1) European Convention on Human Rights. It is also well-embedded in the EU law and explicitly guaranteed by Art. 47 (2) Charter of Fundamental Rights of the EU.

In the transforming public sphere of the early 21st century, independent courts remain one of the few stable points of reference. To quote Ronald Dworkin, they are assigned the task of “the public use of reason”. In times when authorities collapse, and the public discourse is getting dominated by persuasive, but shallow arguments, the courts may have the chance to defend the culture of the argument and reasoning. Independence of the judiciary involves a selection of candidates for judges who are highly qualified and able to conduct in-depth analyses of the case. The stability of their positions guarantees broad perspective and “long breath” of arguments. Without proper independence of the judiciary, the system of law is more prone to incoherence, narrow positivism and abstraction from democratic values.

It is, however, one of the reasons for which the judiciary often comes under attack from anti-liberal or, to use a vague, but perhaps indispensable term, “populist” movements. As recently reminded by Jan-Werner Müller in his study What Is Populism?, these movements draw their political force from a sharp distinction between “the elites” and “the people”. Much as this distinction is fuelled by economic discrepancies, it is also projected onto state apparatuses. In this perspective, the independent judiciary is by definition a seat of “elites”. Preservation of independence against populist (un)reason and adequate response to justified criticism are two main challenges that the contemporary judiciary must face.

Q2: In your view, how can countries increase or preserve the true independence of the judiciary?

Firstly, the independence of the judiciary depends on institutional guarantees that have become a democratic standard, well-embedded in human rights protection acts of international law. In this regard, their maintenance is a necessary condition of independent judiciary.

Nevertheless, apart from these institutional guarantees the true independence of the judiciary requires an appropriate legal culture, which cannot be safeguarded by purely formal means. This culture includes authority of courts and their rulings, as well as perception of the judiciary as vital part of the democratic society. Naturally, a major part of responsibility for developing such a culture lies with courts themselves. Only through issuing well-justified and impartial rulings can they inculcate respect for the independence of the judiciary.

Q3: What are the main trends in the judiciary across Europe vs. globally?

Naturally, given the current complexity of the globalised world and diversity of legal systems it is hard to outline general trends in this area. There are countries with authoritarian regimes, where the judiciary faces completely different challenges from the one in developed democracies. Nevertheless, it could be surmised, although with great circumspection, that the judiciary in all parts of the world face two fundamental problems. The first is the increase in the complexity of legal systems. Modern law is characterised not only by a fast growth of the number of norms that are in force, but also by a growth of the number of sources they flow from. In the globalised world the myth of a positivist system of law which would be coherent, reasonably extensive and could assure decidability of each case, has been superseded by the postmodern and pluralist vision of an excessive, overdetermined and unkempt field of competing norms. Courts can no longer be just “mouth of a law”, as in Montesquieu’s vision. They need to plough through massive normative material, consider various sources of norms and elaborate interpretations that will establish relations between them. Consequently, the workload of courts seems to increase.

Secondly, we can refer to the defence of the independence of the judiciary against attempts of the executive to control it. Naturally, concrete realisations of this trend differ in various countries. It seems, however, that throughout the world liberal democracies are on the wane, whereas authoritarian trends gain ground.

The situation in Europe does not differ substantially from these trends. The complexity of legal systems is even greater in Europe due to advanced integration. European courts tackle legal pluralism on a daily basis, because they have to combine norms of national origin, the EU law, general international law and regional instruments of international law, such as the European Convention on Human Rights. As to the defence of the independence of the judiciary, the problem is particularly acute in the Eastern part of Europe, especially Poland and Hungary. Nevertheless, Western Europe is not free from it: the anti-systemic culture which arose in the UK in the wake of the Brexit is responsible for a widely popular contest of the judiciary.

Q4: What is the situation in Poland and how can the country overcome the current assault on the judiciary?

The general prospects for the independence of the judiciary in Poland are currently dim. Since 2015, Polish judiciary is under constant pressure from the executive, which undermines its independence, effectiveness and authority.

In 2017, the ruling majority undertook far-ranging attempts to gain control over the general judiciary. After massive social protests in July 2017 and the subsequent veto of the president of the Republic, a few major reforms were finally adopted in December 2017.