700+ young lawyers to discuss globalisation in Brussels this summer 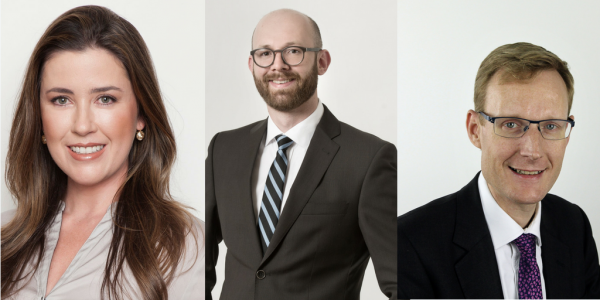 Brussels will be soon home to over 700 young lawyers during AIJA’s 56th International Young Lawyers’ Congress. For one week, from 28 August-1 September, AIJA is welcoming law practitioners from across the world at the hotel Radisson Blu Royal to discuss the impact of globalisation on the legal profession.

Q1: What are the main highlights of this year’s scientific programme?

Jean-Rodolphe Fiechter: For this year, we chose the theme of globalisation. We will explore where we are today and the direction we are headed: towards greater integration, international co-operation and cross-border trade; or in the opposite direction? M&A, Antitrust and Banking/Finance lawyers, for instance, will discuss how new regulation and policies create additional challenges for completing cross-border transactions. You shouldn’t miss out on the other sessions on information technology and fake news; or on free trade through the lens of recent developments regarding NAFTA, TPP, and steel and aluminium tariffs imposed on China and Europe. Speaking of the latter, I would encourage everyone to attend the workshop organised by our AIJA Real Estate, T.R.A.D.E., and Transport Law Commissions on the New Silk Road Initiative from a transport, distribution and lease law perspective.

Andreas White: Alongside numerous speakers from AIJA, some of whom will be sitting on a panel at an international legal conference for the first time in their professional career, we are absolutely delighted that we have some outstanding external speakers on the programme. I am particularly looking forward to hearing from Fabienne Schaller, a judge from the new international commercial court in Paris. She will be giving us a keynote speech at the first seminar, on dispute resolution in an ever more globalised world.  The Friday morning SCILL session will also be a particular highlight, with its focus on legal-tech and pricing legal services. The final session’s keynote speaker is promising to teach us about “techniques for greater profitability and happier clients”: not to be missed!

Karen Ruback: It is also worth mentioning the discussion on a very relevant topic in the context of globalisation, which is the creation of specialised chambers within state courts that deal with international commercial cases, that will be led by our AIJA Litigation, International Arbitration, Commercial Fraud and Insolvency Commissions.

Q2: In your view, is the dream of globalisation over? Are we heading towards or away from international integration?

Jean-Rodolphe Fiechter: In my opinion, globalisation is not over at all. But it’s true that we are somehow emerging from a dream, where a globalised, unified world seemed to be a goal of its own, and within close reach. At least that is how I felt when I studied for my LL.M. in “Law and the Global Economy” in Singapore, back in 2009. The West appeared united and was eagerly looking towards Asia. The many challenges we are currently facing should not tire us out, but on the contrary, encourage us to continue to strive for international integration. And in this respect, AIJA is a great forum, bringing together talented young lawyers from across the globe who, together, will shape the future of our nations.

Andreas White: As AIJA members we are by nature outward and forward looking, and internationally minded, so I don’t think many of us really believe that it’s possible or desirable to roll back progress towards international integration. International political, legal and commercial co-operation is always a challenge, but AIJA and its members are committed to these goals.

Karen Ruback: From my point of view, it depends on the perspective. In certain aspects, with regard to international trade, we may find certain countries more willing to engage in closer co-operation, while others seem to be heading towards a strong protectionism policy. Considering the legal practice, we may find some signs of stronger local, national policies possibly influencing certain decisions (for instance, in the antitrust area). However, there are also movements towards a more globalised legal system where the creation of international chambers (leading to accepting the use of the English language as an official one) or the establishment of jurisdictions rules aimed at attracting international cases to a certain country may indicate a path toward a more globalised (legal) world – at least for certain areas of law. I am eager to learn more about this topic from the perspective of colleagues practicing in other areas of law and in different jurisdictions during the Brussels Congress.

Q3: How would you describe this year’s Congress in three words?

To register to the 56th International Young Lawyers’ Congress and to check the full programme, visit brussels.aija.org.