Today marks the International Day of Human Rights. It commemorates the day in 1948 when the United Nations General Assembly adopted the Universal Declaration of Human Rights.

On this occasion, AIJA’s Human Rights Committee invited Ms Emma Playfair to speak about her career path to becoming a lawyer specialised in human rights.

"The events of ‘Bloody Sunday’ (where on 30 January 1972, British soldiers shot 28 unarmed civilians during a protest march against internment during the Troubles in Ireland) really influenced me to think about human rights. However, in the 1970s, working in human rights was not a very well-known career path. I thought that by becoming a lawyer, I could work in human rights more effectively", she explained. Ms Playfair has been actively involved in human rights since 1984 and was awarded the prestigious Order of the British Empire in 2002 for her work. Read on to learn more.

Working for one of the first Palestinian human rights organisations

You worked in Palestine as a researcher with Al-Haq, one of the first Palestinian human rights organisations. What were the main challenges you faced and how did you and your colleagues overcome them? 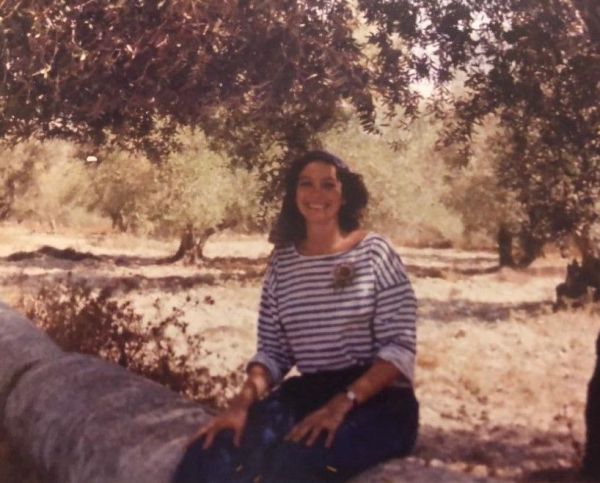 Emma Playfair: I started at Al-Haq as a volunteer, after having worked as a lawyer for 6 years in London. As a volunteer, I helped to develop the organisation, but I also conducted legal research for the organisation. Al Haq sought a British lawyer since the applicable law is a combination of Ottoman law, British Mandate law and Jordanian law, to which Israel added military orders.

The major challenge Al Haq faced was in countering the image projected by Israel that it respected international law in its governance of the West Bank and Gaza Strip. Israel has never conceded that its control of the territories is an occupation, rather referring to them as ‘administered’. It does not accept, as the rest of the international community does, that the Fourth Geneva Convention is applicable.

To counter this, our field workers scrupulously monitored and documented violations of human rights, such as the demolition of houses, military trials, taking affidavits from victims of human rights violations. We would then prepare legal analyses as to how the action taken and the laws applied were in contravention of international humanitarian law.

Another major challenge was working under military occupation – there were soldiers in the streets, and often the roads were closed off by military blockades. As there were few telephones then, we had no means of communicating if delayed by road blocks, or even if arrested. For our field workers, the work was challenging and risky as they were repeatedly subjected to administrative detention, for months or even years without any idea how long they would be held.

How did the landscape of human rights in Palestine change during your time with Al-Haq?

Emma Playfair: It is difficult to measure the impact of human rights work. Unfortunately, the illegal occupation and associated human rights violations continue to this day. However, one change Al Haq is responsible for is that Palestinians became aware that they have rights and that it is worth asserting those rights. We issued booklets to inform the people what their rights were and also developed a legal advice program to help them.

Establishing the human rights programme at the Ford Foundation in Cairo

What were the programme’s significant achievements during your time in Cairo?

Emma Playfair: The Foundation was already supporting Al Haq and the Tunisian League for Human Rights which had led to the decision to launch a human rights programme. From this basis we were able to provide support to an expanding number of human rights organisations around the region. We facilitated networking around the region and enabled Arab activists and lawyers to attend international courses and programmes on human rights and promoted human rights studies in several universities in the region. We supported work on economic and social rights and developed a programme on reproductive rights, addressing such issues as FGM and early marriage, fields little explored then in the region, as well as on refugees and migrants’ rights. 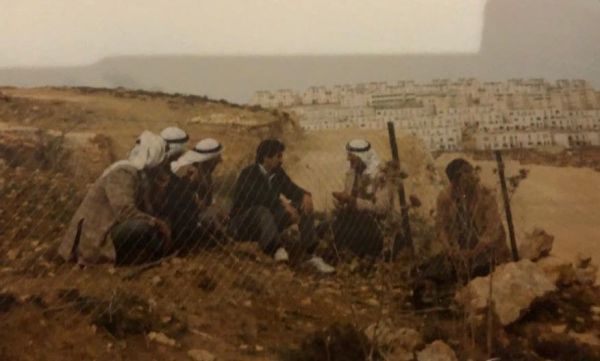 What issues arose from operating a politically sensitive program within an organisation that commanded such a global presence?

Emma Playfair: Although the Foundation had long had a programme in Israel, the programme in Palestine came under sustained attack from supporters of Israel in the USA, who claimed that the Foundation supported organisations whose work was anti-Semitic. These allegations were based on false reports and we were able to refute each of them strongly. However, they were disseminated widely and pressure built and some US senators threatened to take the Ford Foundation to the Senate Finance Committee. If the Committee had found against the Foundation this could have led to the closure of the whole foundation and the confiscation of its assets, ending its work around the world. Under this pressure, the Foundation’s leadership regrettably decided to phase out its Palestine programme.

How to start your human rights career

In 2002 you were awarded an OBE in recognition of your work. I think it is safe to say that you have and will continue to be a source of inspiration to many who aspire to work in the field of human rights. As an experienced lawyer who has worked on human rights, what advice would you give to human rights lawyers who are at the start of their career?

Emma Playfair: The world today is of course very different from the world I grew up in because human rights is much more of a recognised field than in my day. However, it is still not easy to get paid work in human rights. I would suggest that people find a way to volunteer in human rights in the areas that they are interested in. It was through my voluntary work for Al Haq that the Ford Foundation became aware of me and I became qualified for the job offered to me by the Foundation.

What do you believe to be the biggest human rights crisis facing the world today?

Emma Playfair: I think that climate change, which involves many human rights issues, is a pressing issue that needs to be addressed by human rights organisations.

About Al- Haq: Al-Haq (formerly Law in the Service of Man) is an independent Palestinian non-governmental human rights organisation based in Ramallah, West Bank, in which Emma Playfair volunteered as a legal researcher from 1984 until 1988. Established in 1979 to protect and promote human rights and the rule of law in the Occupied West Bank, the organisation has special consultative status with the United Nations Economic and Social Council. This was the first organisation working on law and human rights in the West Bank. Al Haq has very recently awarded the 2019 Human Rights and Business Award by the United Nations Forum on Business and Human Rights in Geneva.

About the Ford Foundation: The Ford Foundation is a private American foundation with the mission of advancing social justice at home and abroad. Emma Playfair, as Programme Officer from 1988-1993, established the human rights programme at the Foundation’s Cairo office for North Africa and the Middle East. She returned as Regional Representative from 2002-2008.