Talking tax and tech in Malta amidst global disruption

It’s been four weeks since we saw many of our AIJA friends and colleagues at the 2020 AIJA Annual Tax Conference organised by our Tax Law Commission at the Malta Hilton in St Julians, Malta. The world was already beginning to change, and some of our participants and speakers joined us remotely. Despite the setback from the COVID-19 crisis, the AIJA spirit remained vibrantly alive throughout the event, with more than 57 lawyers coming from 20 countries coming to Malta.

Keeping up with the tech - Is technology a friend or foe for tax payers and tax practitioners? 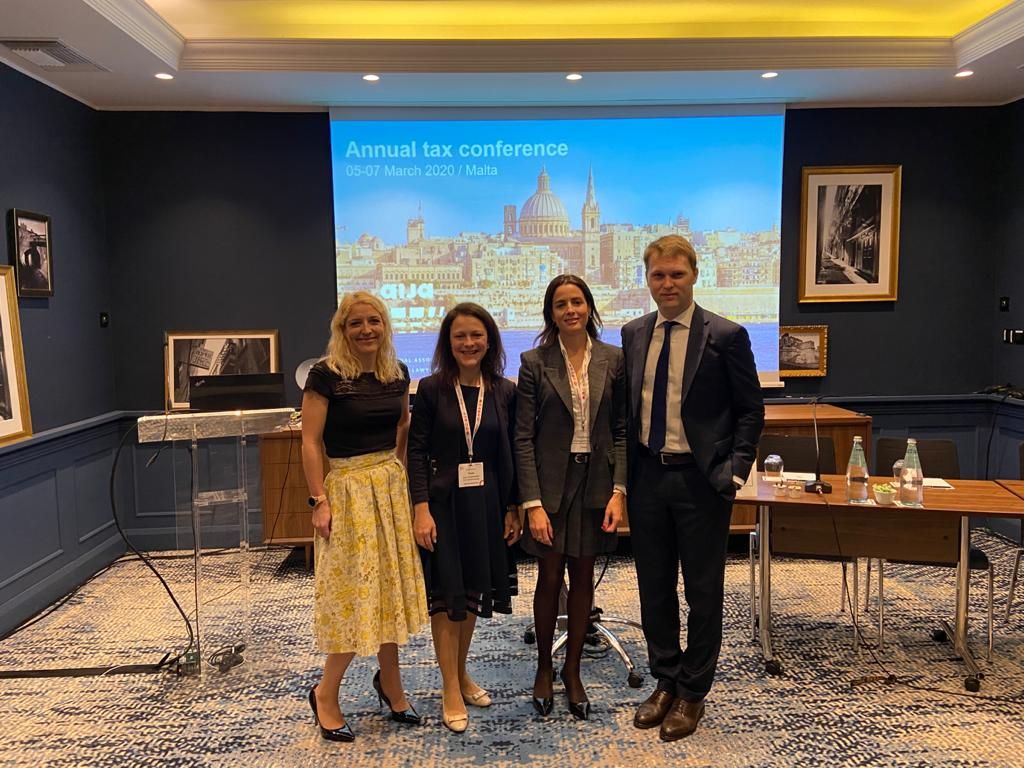 This was the central question set out at the start of the conference. The event opened on Friday morning with an enthusiastic duo made up of AIJA President Paola Fudakowska and AIJA Tax Law Commission President Jessica Kemp. Their welcome address was followed by interventions from two distinguished local guest speakers, Dr Gege Gatt and Dr Ian Gauci. Dr Gatt, a lawyer by training and an IT/AI entrepreneur by profession, provided the attendees with illuminating insights on concepts such as artificial intelligence, robotics, machine learning and data processing technology; setting the tone for the topics discussed in the later sessions. Dr Gauci, a leading tech lawyer in Malta, shared an erudite overview of the legislative and regulatory developments and the features thereof making Malta innovative and relevant in the field of technology, AI and blockchain.

The first panel of the day, made up of Rachel Dress (Racine - France), Michelle Wiesner -Lameth (Rosinus Partner - Germany) and moderated by Barry Mcgettrick (Matheson - Ireland), discussed the increasing use of artificial intelligence and technology by tax authorities throughout the tax inspection process. In addition, the panellists discussed their experience with electronic tax returns and supporting documentation, as well as the implications in case of a tax inspection process and the increasing use of electronic tax compliance management systems.

This was followed by a discussion on the rise of blockchain, cryptocurrencies and Initial Coin Offerings and the related VAT and tax aspects for companies and individuals. The discussion also shed light on the challenges faced by tax advisers in relation to such new technologies and innovative business models. Moderated by Gertjan Verachtert (Sansen International - Belgium), the panel welcomed Catarina Belim (Belim Services – Portugal) and Michael Gauci (Corrieri Cilia - Malta) as speakers, together with Marco Masi (Facchini Rossi Michelutti - Italy) and Eva Stadler (Wolf Theiss - Austria) who both joined via Skype.

A post-BEPS world and the challenges of tech disruption 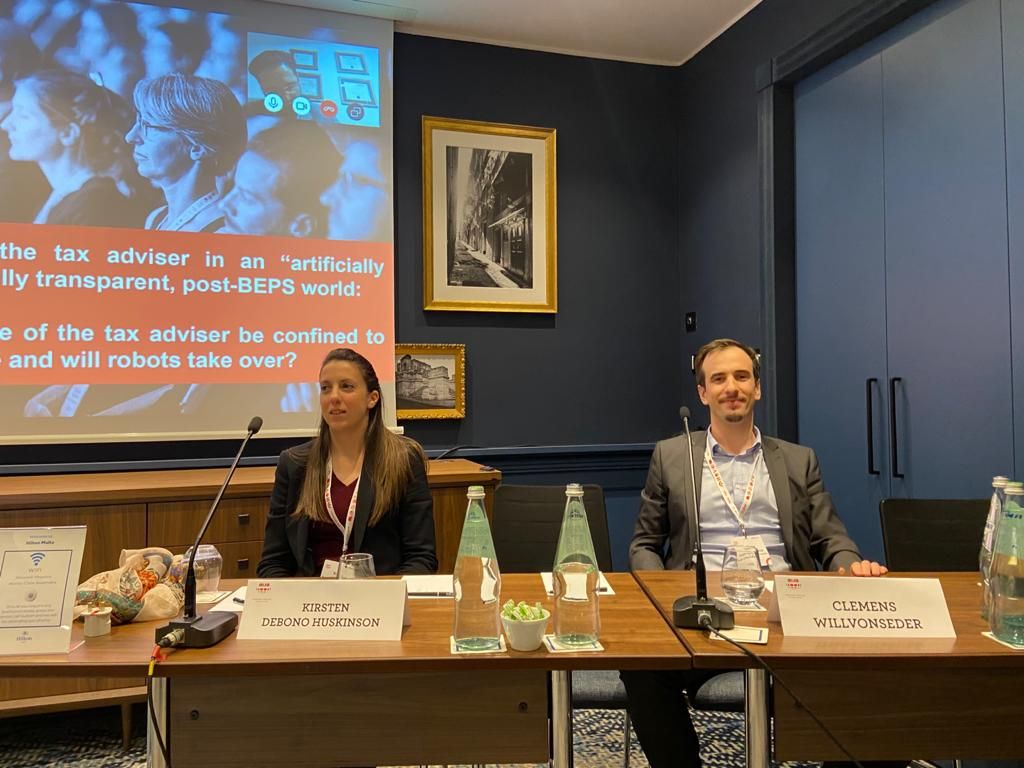 In the afternoon, David Areias (Areias Advogados - Portugal) led a panel that discussed the role of the tax adviser in the context of a post-BEPS world and the challenges of technological disruption in the legal sector where the new mantra appears to have become tax compliance, not tax planning. The panel was joined by several speakers, Clemens Willvonseder (Binder Grösswang Rechtsanwälte - Austria), Kirsten Debono Huskinson, Camilleri Preziosi - Malta), along with Jose Rubens Scharlack (Scharlack Advogados – Brazil) on Skype.

The ongoing conflict between the right to privacy and the quest for transparency in the light of new digital tools (geolocalisation, credit cards and financial info, AI and cognitive technology etc.) was the theme of the last panel on Friday. Moderated by James Bromley (Farrer & Co - United Kingdom), the panel presented views from Marc Buchmann (Fischer Ramp - Switzerland) and Alexandra Ologu (Monolit Legal & Tax - Romania) on where the moral and legal boundary might lie between these two conflicting priorities. 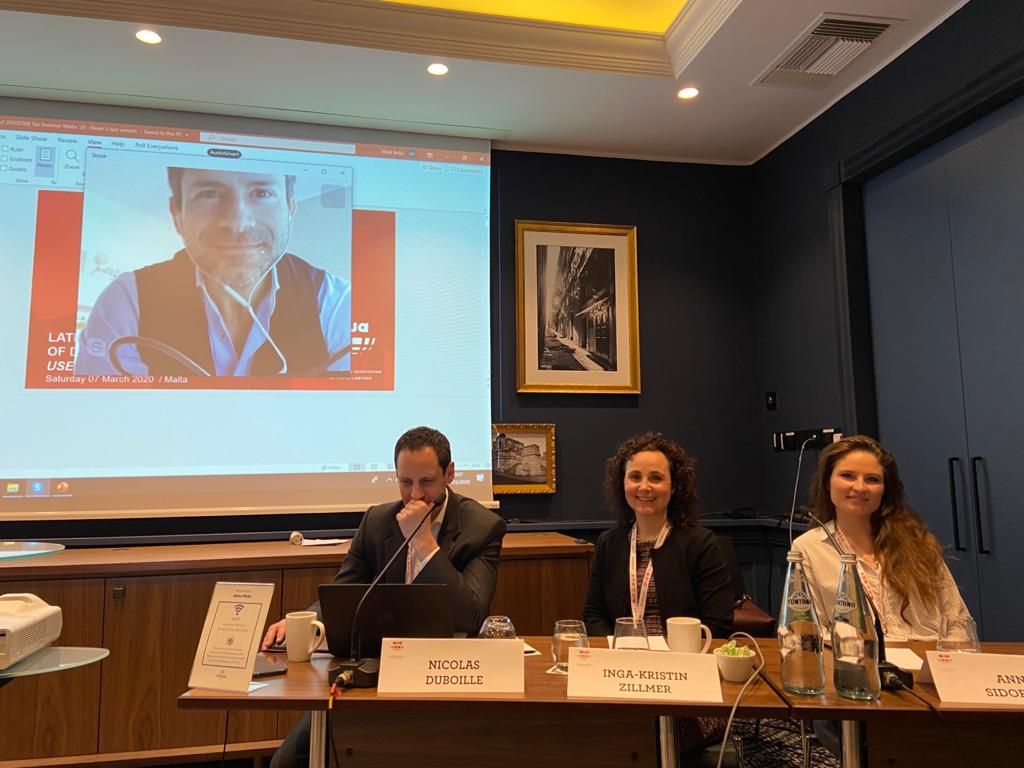 The second day saw a very well-attended first panel which was dedicated to the latest developments in the taxation of the digital economy dominated by US MNEs and the implementation of unilateral measures by some EU countries, as well as the new concept of digital PE. This panel was led remotely by Alessondro Foti (De Berti Jacchia - Italy) with Nicolas Duboille (Sumerson - France), Anna Sidorova (Bonnard Lawson - Switzerland) and Inga Zillmer (Zillmer - Germany) being physically present.

The social programme in brief

Besides the academic content, the seminar featured a delectable social programme starting on Thursday evening with welcome drinks at the classy Quarterdeck bar at the conference hotel. This was followed by an exquisite dinner at Sale e Pepe restaurant in St Julians. On Friday evening participants were treated to a very informative historic walking tour of Valletta followed by dinner at the 16th century grand hall of the former military hospital of the Knights of St John. On Saturday afternoon, a select group gathered for a scenic guided tour of the west part of the island and a walking tour of Mdina, Malta’s ancient capital city. The conference ended with a lavish gourmet dinner at the Michelin star De Mondion Restaurant situated in one of Mdina’s historic palazzos. 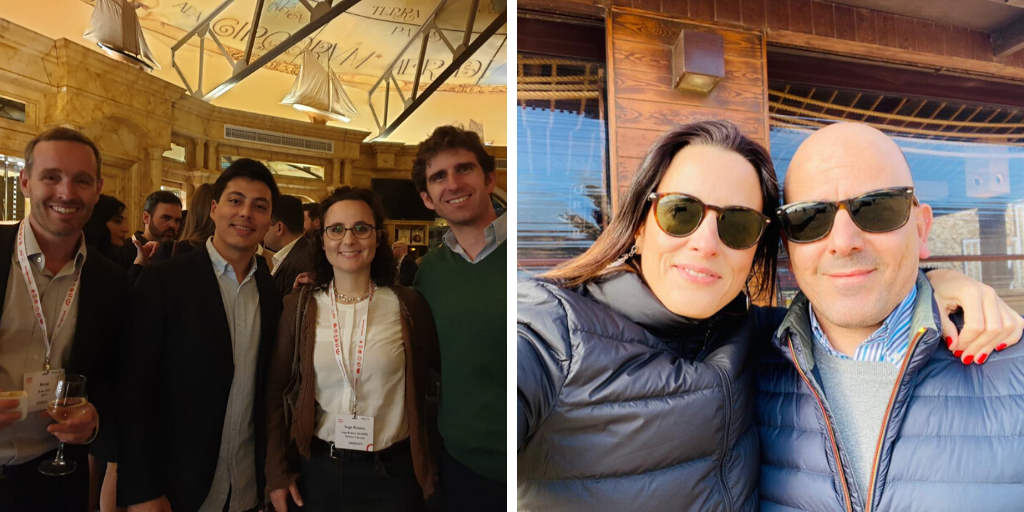