Discovering the amazing network of AIJA 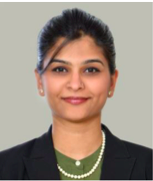 I was thrilled to find out that I had been selected by the AIJA Scholarship Programme to attend the AIJA 52nd Congress, Prague 2014.  At 26 years, I am very fortunate to have attended the AIJA Congress which was one of the most phenomenal experiences of my life, both professionally and personally.

Professionally because I believe that while it is crucial to have a thorough and complete understanding of the legal system in one’s country of origin, it is equally imperative to understand legal systems around the world.  AIJA gave me the opportunity to meet with lawyers from all over the world and through the various working sessions and workshops I had a first-hand opportunity to learn international best practices.  I particularly enjoyed the working sessions of the ‘Movement of High Net Worth Individuals’ and ‘Timing, Confidentiality and Strategy in Multi-Jurisdictional Settlement Arrangements’.

Personally, through AIJA, I have created a network of lawyer friends in Sweden, Switzerland, Estonia, Hong Kong, Italy, Czech Republic and America.  At the speed dating event, I also met old friends and colleagues from my time spent working as an associate at a firm in London! From hiking up to Krivoklat Castle and participating in the team games to enjoying the parties and after-parties, AIJA ensured that I had a great time socially.  The home hospitality evening was a very special experience as our very gracious host; David had organized a lovely barbeque which we enjoyed with Czech wine late into the night, chatting about world and life experiences of all the guests who were from Estonia, Switzerland, Hong Kong and India!

On my return to India all my colleagues and friends were very curious and eager to learn more about AIJA especially after I recounted my wonderful experiences to them.  One of the most encouraging aspects of AIJA, especially for young lawyers from non-European jurisdictions is how welcoming and open AIJA is.  Right from my selection process, Giuseppe, Anne and Christine were very approachable, encouraging and helpful.  At the AIJA Congress, I met various members of the organising committee who welcomed me to contribute to organising various AIJA events and seminars and reassured me that the only requirement was enthusiasm!

After an unforgettable week in Prague, whilst on my flight back home, I found myself wondering if it would be possible to keep up this wonderful network of AIJA friends and colleagues, especially since I was so far away in India. My doubts vanished as soon as I landed in Mumbai. When I switched on my phone I was so pleased to receive messages and emails from my AIJA friends.  Thank you AIJA for giving me an opportunity to become a truly international lawyer!