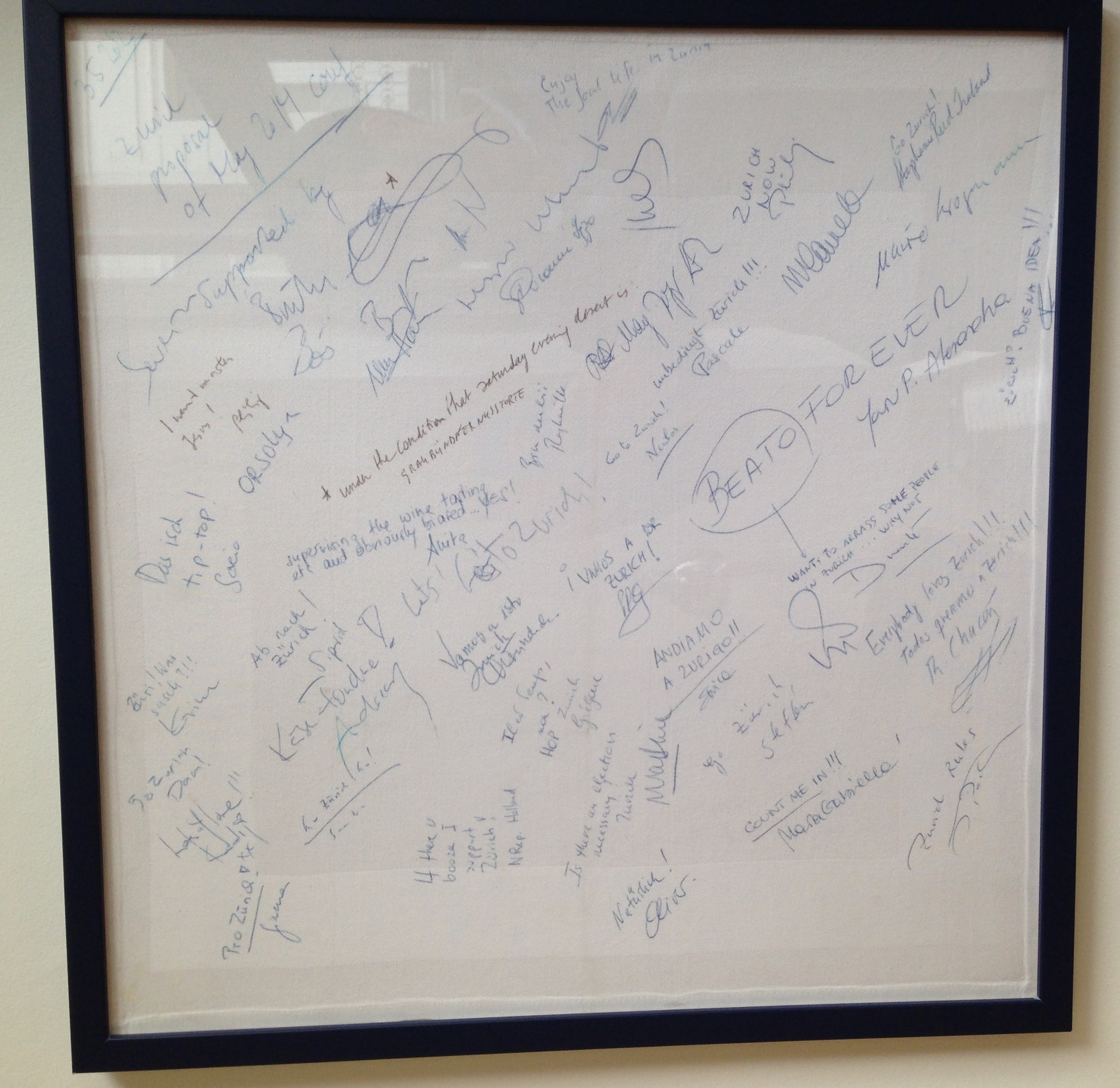 Being very sad about having to leave their friends soon, they decided to do a farewell gathering. Yet, how many of their friends would fly to Zurich without having a decent or at least a business reason?

After hours of reflecting, discussing and drinking in London, they concluded univocally: Let’s just organize a Half Year Conference. So decided, and within minutes there was a historical high number of supportive signatures on a napkin, and it did not come as a surprise that the Bureau approved both organizing committee and venue.

The other day, the three musketeers noticed that powering up the organizing team is one of the key lessons learned after having organized so many events with AIJA, even more if you are about to overage. Hence they looked around to expand their team with younger ones and found the perfect match in the persons of Raphaëlle Favre Schnyder and Sandra De Vito Bieri.

The remainder is history: They organized the May 2014 HYC in the newly built Renaissance Hotel under the heading “Learning from the Best” which included insights from top notch negotiators, from a Secretary of State, from a seasoned investor and entrepreneur, and from CEOs and former CEOs having experienced personal or professional crises and challenges. Both the participation numbers and the numbers of AIJAistes in the conference rooms (!) were overwhelming, and the feedback of the so many participants was thoroughly positive and highly rewarding, also with respect to the social program and of course the embedded home hospitality…and the three oldies reached their (only..?) goal: to create a perfect opportunity for a big farewell to their friends in AIJA!