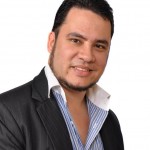 As a lawyer member of the Costa Rican Bar, specialized in Civil and Commercial Law; and also as a Law Lecturer, I am always looking forward to attending different seminars and congresses as I have the clear understanding that Law Sciences are progressive, and change in a very fast basis.

Approximately in Mid - September 2014, I received an email from a colleague of mine sent originally by the Costa Rican Lawyer´s Bar stating that there was going to be an AIJA conference related to Mercosur Disputes to take place in Santiago, Chile, in November 2014. That e-mail caused a powerful interest on me, and something told me from my personal interior that I had to mandatorily apply. Even though I did not have the economical resources to afford its price, the e-mail stated that there was a scholarship available. A lot of people told me that I was going to lose my time by applying for the scholarship as a lot of people were going to apply, but in despite of that something told me that I had to do it, so I finally did; --even though I was not sure about what AIJA was, as that organization is not very well - known in Costa Rica, and most of the people and Lawyers do not even know what that is, or where it is located, or what do they do.

Some months later, I got the good news that the decision of applying for the scholarship had been one of the wisest decisions I´d ever taken. I received the great news, --sent by Mr. Marletta--, that AIJA had approved my scholarship. I could not believe that, as many organizations in Costa Rica would not have the sufficient funds to give those sorts of scholarships, and I had never been related to a foreign organization. However, I gave all the necessary information to Mrs. Masure, who was extremely helpful at arranging my itinerary.

At last, when time had come to board the plane that would take me to Chile, making a stop in Panama, a great feeling of excitement had taken place inside of me. A lot of friends, --many lawyers-- were clearly regretted for having recommended me not to apply for the scholarship, so it made me feel even happier. I definitely knew that the trip was going to be an awesome opportunity for me not only to know more about Commerce Law, but also to meet people, and learn more about cultures. Many other reasons made me have a great expectative of the whole trip. In fact, more than seven hours flying, did not feel at all, as I was thinking the whole trip not only about the great opportunity that AIJA was giving me, but also about the great opportunities that I guess they have given to many lawyers in the past. I was also very excited that I was going to be in Chile, which I do not know why, but I had always had great interest to be there.

Finally I arrived, --now a little tired in physical terms--, but still very happy and excited for my trip. I landed in Santiago and took a taxi to the hotel which I must say at this point that I did not expect AIJA to arrange my nights at a fancy hotel as the Intercontinental, but they did; and that grew up the anxiety that I had by then to know more about AIJA. Well, I finally made the check –in, and immediately went over for dinner, as I was starving. I definitely had time during that night to think a lot about many things, and those things then began changing my points of view from life in general; not only about myself, but also about the world and the people, specifically the way I used to appreciate it. Feelings were also combined with Christmas winds, joined also with the spirit of that fresh and cool Santiago night!. I got back to the hotel that night with a mood of melancholy and happiness at the meantime.

The next day, I took breakfast and showed up at the event on time, as I was very excited to be part of this congress. When I was giving my name to the sweet lady that was checking it with the list; I saw that a woman who was working around heard my name, and suddenly came to introduce herself to me, and my surprise was that this charming lady was Mrs. Masure and I was very happy as I knew that I had certainly met the first person during my trip! I then checked myself to assist to the seminary related to Mercosur Disputes, and focused my attention on this. What an interest subject is this! I had no idea about the millions of dollars that involve this matter, and every second that passed by made me submerge more into the deeps of that complex topics related to commercial law, which is the area of law that I most love.

Some hours later we made a quick break to drink coffee, and then I had the pleasure to meet Mr. Marletta, after I recognized his face since I had looked at his linked – In profile days before. That was the second person that I got to know by then, and I was even more excited!

Words might barely explain what I lived during the following days in Santiago. I exchanged business cards with lawyers raised all around the world, I assisted to the wonderful lunches and dinners that AIJA had perfectly set up for us both inside and outside the hotel, I went over to the lovely vineyard named Santa Rita where AIJA´s organization took us. I can say without a doubt that I learned during those days a lot about specific law topics, but that was nothing compared to the magic of the whole event that I lived in Santiago. I definitely knew what being alive is, and combined that with making friends all over the world, including the honor of meeting Mr. Dirk, --AIJA´s President--. What a charismatic person! I will not ever forget neither the wonderful dinner that AIJA had set up for us in Santiago downtown at that fancy and prestigious club!

I was impressed on how AIJA had taken care of every single detail during the trip for all of us, and had taken that to perfection. Finally, the congress got to its end, and everything seemed to pass in one second! I got back to my country with more general knowledge in certain specific law areas, but I brought with me the precious moments that I lived there. I brought with me dozens of business cards, and friends too. I came back with more energy to face my job, and more ideas to combine it with. I came back looking forward to get a computer in order to become an AIJA member, and also with the great intention in the soon future to represent AIJA in Costa Rica, as many members suggested that to me during the stay in Santiago. I finally brought back more inspiration, more experiences, vibrations, and many more reasons to appreciate the exquisite beauty of life. In few words, the trip met even more than all of the expectatives that I had from it.

Now I am part of the great association of AIJA, and am waiting to receive orders from them. I have offered my help for anything they consider I might be helpful at. I close down this letter, by stating and replying once more, my appreciation with this organization, and specially with their bright members, organizers, and staff in general that I got to meet in Santiago.

Sincerely yours, and from a Sunny Costa Rican Day,