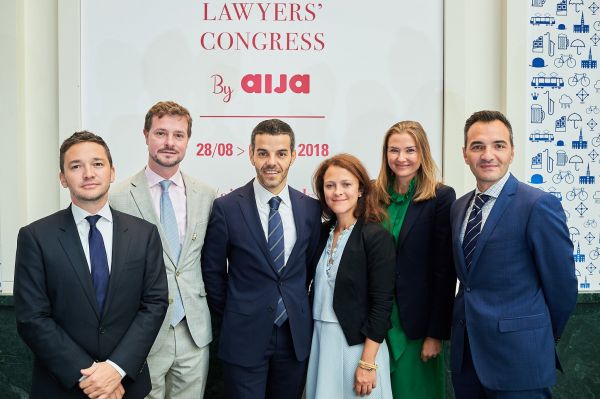 AIJA, the International Association of Young Lawyers is pleased to communicate the overall results of the elections held at its 2018 General Assembly. In addition to the newly appointed President and First Vice-President, AIJA has appointed new members in the Executive Committee, Forum of the Commissions, Membership Forum, Human Rights Committee, as well as new national representatives, contact persons and officers in its commissions.

For the first time, AIJA appointed a Latin America (LATAM) Coordinator. Pablo Vinageras, member of the Extended Bureau, will work closely with the Membership Forum to strengthen the growth of the Association in Latin America in 2018/2019. A coordinator for the Asia-Pacific region will also be appointed soon.

Justus Jansen (former co-chair of the Membership Forum), David Frølich (Honorary President) and Wiebe de Vries (Immediate Past President) will now be responsible for engaging with the alumni of the Association.

An overview of the results of this year's elections is available below.

For further information, please address your questions to office@aija.org.

In addition, three members will take office and replace those who had to leave the Executive Committee due to other appointments in the Association or resignation.

They will all join the other Executive Committee members elected in the past years who are still in office.